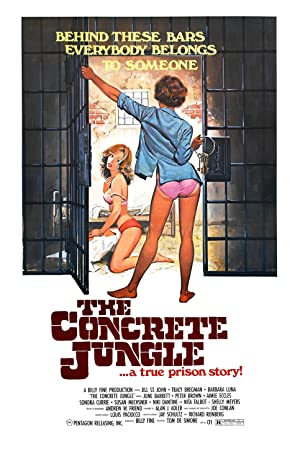 Plot: When her slimy boyfriend Danny (Peter Brown) uses his unsuspecting girlfriend Elizabeth (Tracy Bregman) to carry a stash of cocaine in her skis, she is nabbed by airport security. After a speedy trial, she is sent to the Correctional Institution for Women in California. There she learns quickly that she must toughen up if she hopes to leave there in one piece. She also eventually finds that the warden (Jill St John) is not only cruel and unsympathetic, but in cahoots with an inmate Cat (Barbara Luna) the prison’s Queen Bee, who is her partner in a prison drug and prostitution racket. When Elizabeth witnesses a murder committed by Cat and her henchwomen, she spurns her attentions and becomes her enemy. Meanwhile, Deputy Director Shelly Meyers (Nita Talbot), aware of the drug and prostitution business run by the warden and Cat, also suspects that Elizabeth has knowledge that could help her convict the villains, and she begins to press her for information. This does not bode well for Elizabeth, for by now, the warden is also suspicious and seeks to destroy the girl before she can talk.